ASSEMBLIES OF GOD
Home > About > Our Executive Leadership > General Superintendent

Prior to his present position, Clay served the church as its general treasurer for nine years. He was superintendent of the Ohio District from 2004-2008, and pastored Calvary Assembly of God in Toledo, Ohio, from 1997-2004. Clay has also served as the Assemblies of God national youth director (1995-1997), Ohio District youth director (1989-1995) and as a youth pastor in Ohio and Iowa. He is a 1985 graduate of Central Bible College in Springfield, Missouri.

Clay has a passionate love for the local church; he is a church health enthusiast and he effectively equips leaders to grow in their calling. Clay is the author of Ordered Steps and Dreaming in 3D.

He and his wife, Gail, have two grown daughters and seven grandchildren. 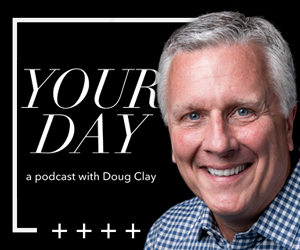 Join General Superintendent Doug Clay, as he shares stories of encouragement, visionary leadership and Kingdom accomplishment from leaders who are part of the Assemblies of God.